Beside the sea is always nice. For me it’s the paradox of the sheer aggression versus the pure tranquility. Scheveningen is probably the Netherland’s premier beach resort. It’s a few minutes by tram from Den Haag and less than half an hour from the most densely populated area in Europe. The squared off Rotterdam-Gouda-Leiden-Den Haag corner includes smaller but equally as densely populated towns such as Zoetermeer, Leiden, Delft, Alphen aan den Rijn and a further half an hour away is Utrecht, a massive urban sprawl.
And yet, there are hectares of farmland in between, polders with drainage ditches and dykes, on top of which are invariably cycle paths (fiets paden).
We were staying in Zoetermeer, so all we had to do was get on a tram and within half an hour we were in Scheveningen. We found out it was cheaper to buy a day ticket at €7.50 than… 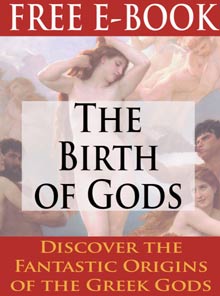 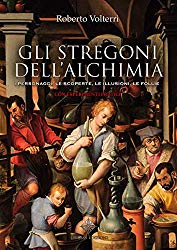 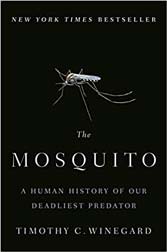 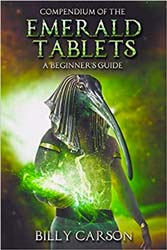 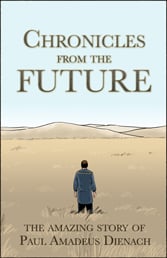 Studying the End of the World: The Four Horsemen of the Apocalypse

Throughout the history of civilization, the concept of the apocalypse has been ever present, in one way or another. The envisioned revelation, the feared end of the world that will herald an age of purification through horrific and chaotic means, has been a part of every major religion and belief throughout the centuries. But one of the most interesting prophecies relates to the famous Four Horsemen of the Apocalypse, which are described in the Bible’s Book of Revelation.

Today we’re bringing you this concept in detail. Together we will envision this end of the world, this crumbling of civilizations at the hands of War, Famine, Pestilence, and Disease, and dissect this prophecy and its various interpretations throughout history.

Could there be a speck of truth in this vision? Did the Four Horsemen already thunder across the fields of the earth? Let’s find out.

When Seven Trumpets Shall Sound! The Origins of the Four Horsemen of the Apocalypse

In the New Testament – the second part of the Bible – and in its last book, which is called the Book of Revelation, written by John the Theologian of Patmos, there is a chapter which relates to us the story of a doomsday revelation, of the Four Horsemen of the Apocalypse which descend on the earth to decimate the population. 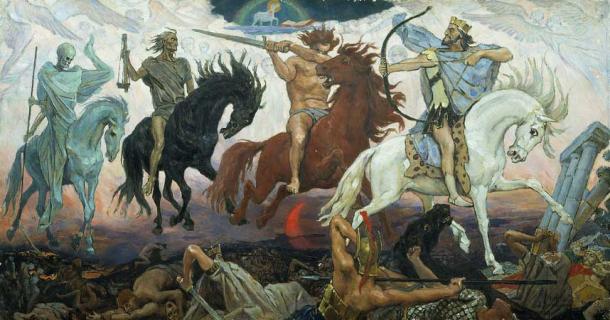 Each of the Four Horsemen of the Apocalypse represent different aspects of the cleansing of the earth, by Russian painter Viktor Vasnetsov. (Rillke / Public Domain )

The most straightforward and widely agreed interpretation of this chapter is the description of a period in history when a large part of earth’s population would perish through a combination of wars, diseases, and hunger. In the Bible, these hardships are described as horsemen, riding in succession at the behest of Jesus, in the form of the Lamb of God. This title comes from the Bible, John 1:29, when John the Baptist exclaims: “Behold the Lamb of God who takes away the sins of the world.”

The chapter begins by describing a divine scroll, held by God in his right hand, and sealed with seven seals. Their opening, and the subsequent apocalypse, would usher the second coming of Jesus.

Each one of these seven seals represent a different aspect of the apocalypse: the first four relate to the horsemen, the fifth releases the martyr’s cries for the God’s wrath , the sixth ushers a series of cataclysmic natural disasters, while the seventh calls forth the seven angelic trumpeters, who carry seven vials of plagues and divine wrath, which they pour out on the sinful and the wicked. The Lamb of God, being worthy to open the first four seals, does so, and summons forth, one after another, the Four Horsemen of the Apocalypse, setting in motion the ferocious cleansing of the earth.

The clock is ticking more quickly towards a new stadium for Christchurch. David Williams reports.

A new Christchurch stadium is likely to take a big slice of the Government’s $300 million fast-track rebuild fund.

Christchurch Rebuild Minister Megan Woods is dropping big hints, with caveats. She tellsNewsroomher Budget bid for a $300 million fund has been lodged, but isn’t certain, that a business case still has to stack up, and that she’s keen on local people deciding which projects they want the money applied to.

But her comments about a new stadium, to replace the temporary one hastily built in Addington after the devastating 2011 quake, leave little doubt that the Government and the city council see it as essential, not just to…

The Chase’s Dark Destroyer Shaun Wallace will appear at Upper Hutt Cossie Club’s Te Omanga Hospice fundraising quiz on Sunday November 17 at 10am. Wallace will speak prior to the event, take part in a Q&A, and sign copies of his autobiography.