For those who have followed my blog they will have seen mention of the Faulty Towers element to the School in Olhao.       When I say this I mean it in a very positive way.    The School and all who work to keep it running are wonderful individuals and the whole place has an element of quirkiness to it…..Just one of the many reasons why it is perfect for  exploring the creative process and why I love to return each year.

Here are  Larry and Margaret in one of the courtyards looking through to Pauline in another…..

This year a couple more events added to the Faulty Towers element    The narrow alleys around the School had been dug up for utility maintenance, plus for our first two days and then last day, the now sandy lanes were inundated with rain.      Regardless, it…

An Australian story that is applicable in NZ too: 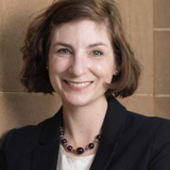 Researcher, Discipline of Work and Organisational Studies, University of Sydney

Frances Flanagan does not work for, consult, own shares in or receive funding from any company or organisation that would benefit from this article, and has disclosed no relevant affiliations beyond their academic appointment.

University of Sydney provides funding as a member of The Conversation AU.

Republish our articles for free, online or in print, under Creative Commo

This is an edited extract from The New Disruptors, the 64th edition of Griffith Review. It is a little longer than most published on The Conversation.

It is supposed to be a test of character. An A+ student sits down to the final exam of his degree and is surprised to be presented with a piece of paper with a single question: what is the name of the person who cleans this building?

Walter W. Bettinger II, CEO of a finance giant, the Charles Schwab Corporation, told a version of this story  to The New York Times last year, describing the test as “the only one I ever failed” and “a great reminder of what really matters in life”.

I recently tried it out on my eight-year-old, a New South Wales public school student, and she flunked too. This result, though, is less to do with her moral qualities, I suspect, than her state of residence. For NSW, it turns out, is one of the harder states for a kid to pass the “what’s the cleaner’s name?” test.

Kath Haddon, a school cleaner in NSW since 1981, remembers when cleaners’ names started to drop from use in her workplace. It was in early 1994, following the Greiner Coalition government’s decision to dissolvethe Government Cleaning Service and tender the work to private companies.

She stopped being invited to meetings about school health and safety – that was now the contractors’ job – and face-to-face conversations with the school principal ceased. Instructions were now delivered via a bureaucratic maze of faxes, phone calls, logbook entries and area manager site visits.

Passing the “name the cleaner” test is far easier for kids in Tasmania, where cleaners have remained direct employees of the school. In fact, when I spoke to Tasmanian school cleaner Robert Terry about what his job was like, the theme of name-remembering was one of the first subjects to come up.

“I can barely step onto school grounds without hearing ‘Robbo this, Robbo that!’,” he laughs. He has been cleaning primary schools since the 1970s and sees remembering names as a crucial dimension to his work.

Now, the first genome-wide study of ancient DNA from prehistoric Polynesians has boosted the first idea: that these ancient mariners were East Asians who swept out into the Pacific. It wasn’t until much later that Melanesians, probably men, ventured out into Oceania and mixed with the Polynesians.

“The paper is a game-changer,” says Cristian Capelli, a population geneticist at the University of Oxford in the United Kingdom, noting that that it settles a decades-long dispute. By showing that the East Asians hopscotched past islands already populated by Melanesians without picking up their genes, it is also a case study in how culture can initially bar mixing between groups. “Farmers move in and don’t mix much with the hunter-gatherers,” says evolutionary geneticist Mark Thomas of University College London. “We see this again and again and again” elsewhere in the world.

The first Polynesians left plenty of tantalizing artifacts, including distinctive stamped red pottery, obsidian tools, and shell ornaments. Collectively known as the Lapita culture, this set of artifacts first appeared more than 3000 years ago in the Bismarck Archipelago in New Oceania (see map below). This culture grew taro, yams, and breadfruit; brought pigs and chickens; and spread rapidly to the islands of Vanuatu and New Caledonia and eventually to Fiji, Tonga, Samoa, and beyond.

Back in 1985, archaeologist Peter Bellwood of the Australian National University in Canberra proposed that the Lapita had roots in farming cultures in East Asia. Based on dating of Lapita sites, he proposed that they moved rapidly from mainland China to Taiwan and the Philippines, then out across the open ocean from Vanuatu to Samoa, covering 24,300 kilometers in about 300 years. This “express train” picture fit with linguists’ models, in which Austronesian languages spread from East Asia into Oceania and were distinct from Papuan languages in Melanesia.

But other researchers argued that the DNA of living Polynesians showed evidence that their Lapita ancestors had lingered in Melanesia, mixing with the locals and slowly spreading eastward. This so-called “slow boat” model had prevailed in recent years.

In the new study, an international team extracted ancient DNA from the skeletons of four ancient women from the islands of Vanuatu and Tonga, dated to 2300 to 3100 years ago, including three directly associated with the Lapita culture. The team sequenced the DNA at up to 231,000 positions across the genomes of each skeleton and compared the sequences to those of nearly 800 present-day people from 83 populations in East Asia and Oceania.

All the evidence from different disciplines has come together … the genomics has clinched it.

The four women were from a distinct population that had no evidence of mixing with the ancestors of people living in Papua New Guinea today, as the team reports in Nature this week. Instead, the women shared all their ancestry with the indigenous Atayal people in Taiwan and the Kankanaey people in the Philippines. “The Lapita have no evidence for Papuan ancestry,” says co-author Pontus Skoglund, a postdoc in David Reich’s lab at Harvard Medical School in Boston. That suggests that their ancestors rode the fast train, sweeping all the way to Oceania without mixing with Melanesians on the way.

Polynesians today do carry a significant amount of Melanesian DNA. But that DNA is in relatively long, unbroken chunks, the analyses found, suggesting that it was incorporated into Polynesians’ genomes recently, perhaps about 500 to 2500 years ago, after the Lapita period. The team also noted that the Polynesian X chromosome has less Melanesian DNA than the other nuclear chromosomes. Because X chromosomes are more likely to be inherited from mothers (sons get only a Y from their fathers), that suggests that much of the Melanesian DNA came through the male line, as Melanesian men interbred with Polynesian women. “The female ancestors of modern-day Oceanians are mainly Lapita, whereas their male ancestors include Papuans,” Skoglund says.

Bellwood is pleased. “All the evidence from different disciplines has come together,” he says. By getting DNA from the ancient Polynesians themselves, “the genomics has clinched it.”

Have you ever asked yourself the question, ‘Do lawyers lie? I’m sure there are quite a few folks out there that ask themselves, do lawyers lie.

Do Lawyers Lie A Story Told

A lawyer, who had a wife and 12 children needed to move because his rental agreement was terminated by the owner, who wanted to reoccupy the home. But he was having a lot of difficulty finding a new house.

When he said, he had 12 children, no one would rent a home to him because they felt that the children would destroy the place.

He couldn’t say he had no children, because he couldn’t lie (as we all know, lawyers cannot, and do not lie). So, he sent his wife for a walk to the cemetery with 11 of their kids.

He took the remaining one with him to see rental homes with the real estate agent. He loved one of the homes, and the price was right.

The agent asked, “How many children do you have?”

The agent asked, “Where are the others?”

The lawyer, with his best courtroom sad look,  answered, “They’re in the cemetery with their mother.”

MORAL:
It’s not necessary to lie, one only has to choose the right words,  and don’t forget, most politicians are
lawyers.

I found this little saying whilst searching the internet a while back and I used the Creator to put this little meme together.

The fact that you’re here reading this post shows me you’re someone who loves or is looking for laughs. That being the case you should check out my Laughaholics Videos. You’ll find heaps of laughs there. You may even want to subscribe to my channel. I’m always looking for new subscribers.

Each year on Anzac Day, New Zealanders (and Australians) mark the anniversary of the Gallipoli landings of 25 April 1915. On that day, thousands of young men, far from their homes, stormed the beaches on the Gallipoli Peninsula in what is now Turkey.