(Minds) Bioquark, a biotech company based in the United States, has been given the go-ahead to begin research on 20 brain-dead patients, in an attempt to stimulate and regrow neurons and, literally, bring the patients back from the dead.

The technique is new and untested so the study will likely be controversial.

By implanting stem cells in the patient’s brain, in addition to treating the spinal cord with infusions of chemicals and nerve stimulation techniques (both of which have been shown to bring people out of comas), they hope to reboot the brain and jump-start neural activity.

The result could be people coming back to life.

There isn’t much evidence that this will work, though there is one well-known neurological researcher and a member of the American Academy of Neurology, Dr. Calixto Machado who is involved with the study as a panel expert.

Michael Reddell is an expert in macroeconomic and monetary policy, and financial regulatory matters. He operates the economics blog Croaking Cassandra.

There were family connections, and there were the founding principles, every one of which I identified with (and do still). Even in Wellington, middle-aged conservatives might reasonably have been assumed to support National, even if (at times) through gritted teeth. One of those founding principles talked, perhaps slightly quaintly, of “countering Communism”, and it seemed to be… 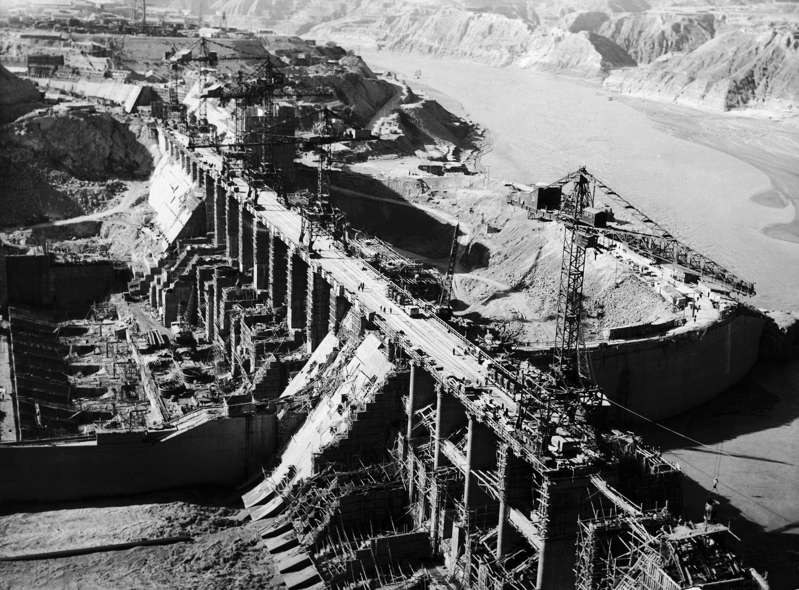 © Getty CHINA – DECEMBER 09: The Temporary Bridge Built Above The Dam In The Sanman Gorge Facilitated The Concreting Of The Construction, On December 9, 1959. (Photo by Keystone-France/Gamma-Keystone via Getty Images)Workers stood along the top of Banqiao Dam, some 150 feet above the valley’s floor, desperately trying to repair its crest as rain from Typhoon Nina fell for a third straight day. After battering Taiwan, the storm had moved inland where it was expected to dissipate, but Nina turned north instead, reaching the Huai River basin on Aug. 5, 1975, where a cold front blocked its progression. Parked in place, the typhoon generated more than a year’s worth of rain in 24 hours.

By the time night fell on Aug. 8, as many as 65 area dams had collapsed. But despite the fact that water levels at the Banqiao Dam had far exceeded a safe capacity, and a number of sluice gates for controlling water flow were clogged with silt, authorities felt confident they’d skirt disaster.

Download the Microsoft News app for your Android or iPhone device and stay up-to date on the news you care about most.

After all, the Soviet-designed dam had been built to survive a typhoon — a once-every-1,000-year occurrence that could dump 11 inches of rain per day. Unfortunately, Typhoon Nina would prove to be a once-every-2,000-year storm, bearing down with enough force to cause the world’s deadliest infrastructure failure ever.

© Provided by Ozy Media, Inc. Banqiao dam 2Chen Xing, one of China’s foremost hydrologists, had followed the construction of Banqiao in 1952 with concern. Chairman Mao Zedong, eager to modernize the country, ordered hundreds of dams built, which put people to work, provided electricity and tamed rivers as part of his brutal Great Leap Forward.

After swimming across the Yangtze River in 1958, Zedong penned a poem about his obsession with dams: “Great plans are being made/ Walls of stone will stand upstream to the west …The mountain goddess if she is still there/ Will marvel at a world so changed.” Decades later, ignoring warnings from scientists and environmentalists, the Chinese government initiated construction of the Three Gorges Dam — the world’s largest power station — on the Yangtze. 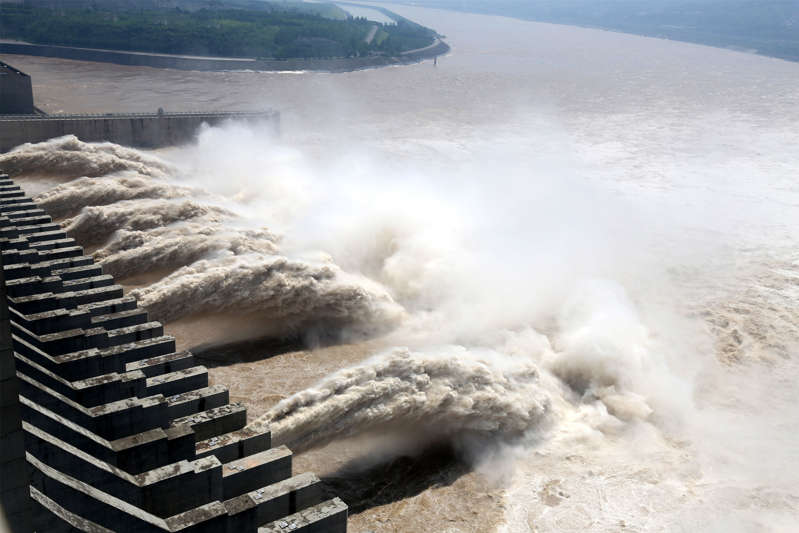 © Getty Three Gorges Dam in ChinaXing was one among many who feared the country was building too fast and too recklessly. When he designed the Suya Lake Reservoir in 1958 — at the time the largest reservoir in Asia — he was admonished for trying to add more sluice gates. Labeled a “right-wing opportunist,” he was eventually fired for being a vocal critic.

According to an account of the Banqiao Dam by a Chinese journalist writing under the pseudonym Yi Si, on Aug. 8, as workers stared curiously at the retreating water level of the reservoir, a voice in the dark called out: “The River Dragon has come!” 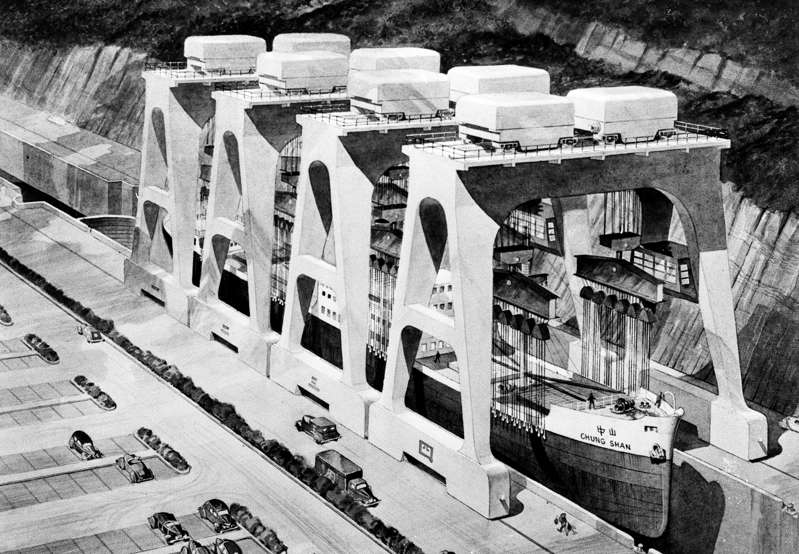 © Getty In this artist’s concept provided by the U.S. Dept. of the Interior, Feb. 19, 1946, Mammoth gantry cranes may be used in getting ships past Yangtze Gorge Dam. The cranes straddling the lock dwarf any now existing and would lift or lower ships 550 feet. For such handling, ships would have to be specially designed with reinforced hull and frame to stand the lift. (AP Photo/U.S. Dept. of Interior)And suddenly the dam ruptured, unleashing 600 billion liters of water and destroying an entire village. By Aug. 17, reports Si, 1.1 million people remained trapped by flooding with 50 to 60 percent of food air-dropped into the area floating in the murky waters. It would take weeks for the waters to drain, revealing bloated corpses dotting the landscape in the late summer sun.

The government kept news of the disaster from being broadcast nationally, and there hadn’t been any international observers present. But when China’s Ministry of Water Resources and Electric Power released a study in July 1989, it reported that the dam breach caused more than 85,000 people to die instantly. 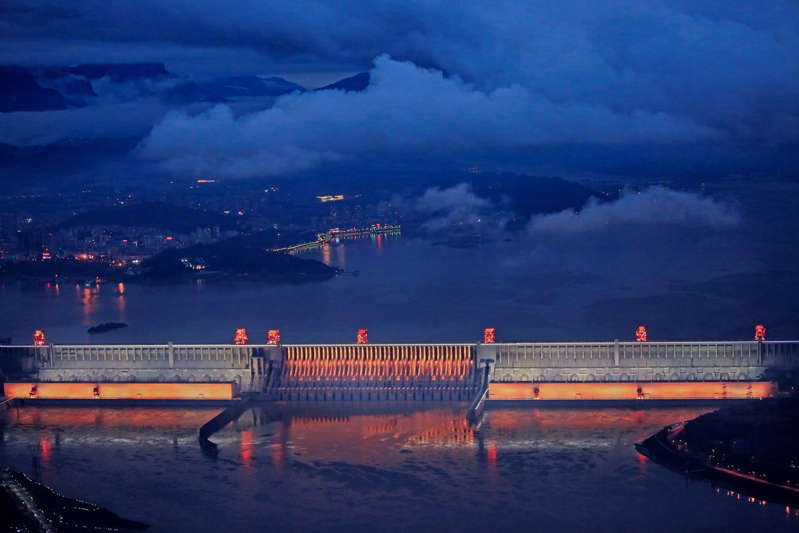 © Getty China ignored warnings from environmentalists and scientists over the Three Gorges Dam projectTwo years earlier, “On Macro-Decision Making in the Three Gorges Project,” a study conducted by eight Chinese water science experts who probably had access to censored government reports, estimated the number of total dead — from flooding and the resulting epidemics and famine — at 230,000. 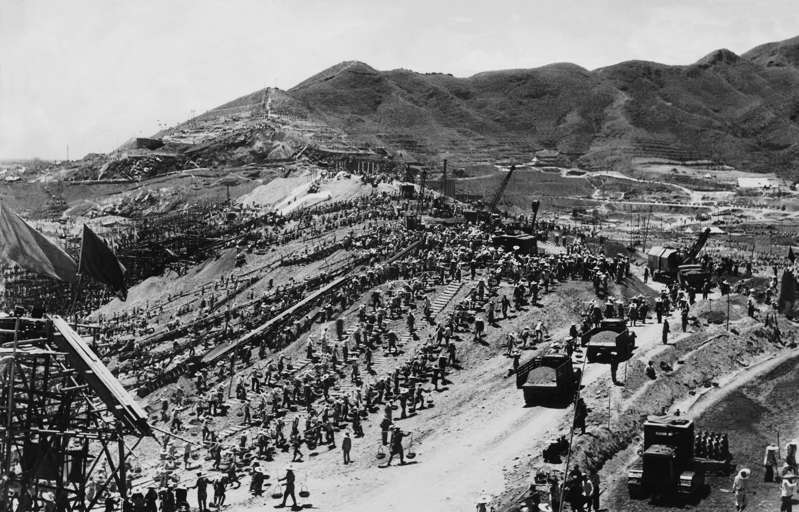 © Getty CHINA – JANUARY 01: 50 km from Beijin, near the Great Wall of China. A general view of the construction works of a dam. This was wanted by MAO ZEDONG in his GREAT LEAP FORWARD policy. This was a dam, 600 m long, 30 m high and 160 m wide. It was aimed to contain 80 million tonnes of water and to water 20,000 kilowats of electricity. 400,000 Chinese were employed for this giant work’s construction. (Photo by Keystone-France/Gamma-Keystone via Getty Images)Although the disaster is thought to be the deadliest of its kind anywhere in the world, it’s not common knowledge even inside China. When the dam broke, the Communist Party’s control of the media was near absolute, explains David Bandurski of the University of Hong Kong’s China Media Project. “Generally speaking, disasters of all forms, whether primarily natural in cause or human in cause, have been viewed by China’s leaders as highly sensitive,” he says, with the government loathe to concede culpability.

In the wake of the calamity, however, there are signs of change. In a country of 87,000 reservoirs, most built during a period of questionable construction standards, the government has taken a more aggressive stance on supervision and monitoring for needed repairs.

In 2005, at a seminar in Beijing, officials and scientists agreed to open the Banqiao Dam failure for public debate and declared that casualty figures were no longer state secrets. And yet, explains Bandurski, when a Shanghai-based media company recently produced an in-depth feature critical of the Three Gorges Dam, the story was removed from the internet within hours. 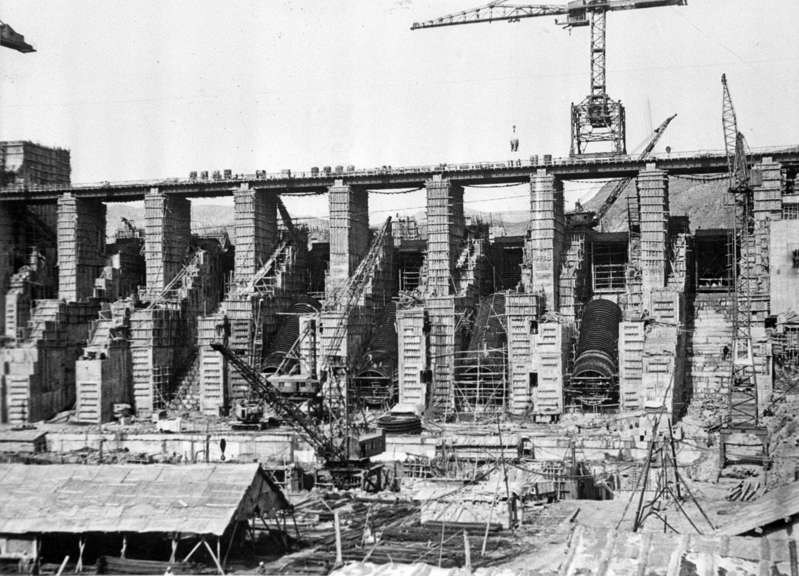 © Getty The Chinese Communists have launched one of history’s great engineering projects in a move to control the mighty Yellow River. Part of the program is the Sanmen Gorge Dam, not half-completed near Loyang in Honan Province, shown April 20, 1960. It will hold back 36 million cubic meters of water and power will be supplied by eight Russian-built generators. (AP Photo)From Laos to Colombia, ambitious dam projects are back in fashion. “There’s a massive dam building spree happening worldwide, and China has its hands in many of them,” says William Laurance, an environmental science professor at James Cook University.

Around the globe, he estimates that 4,000 major hydroelectric dams are either in the planning or construction phase in what he terms a “hydroproject tsunami.” What scares Laurance and others who track these projects? The sense that China remains relatively less risk averse to potential failures.

With China building dams up and down the Mekong River in Laos — where flooding in July 2017 caused a dam under construction to collapse, triggering an inland tsunami that drowned hundreds of people — it would appear their fears are warranted.

Gallery: The tallest dams in the world (Photos)