In a new tactic to target speeders, a small Icelandic town has decided to try optical illusions to combat the issue.

The cleverly-detailed optical illusion not only gives foot-travelers the feeling of walking on air, it also gets the attention of drivers, who will be sure to slow down their speed once they spot the seemingly floating pedestrian crossing.

All frontline cops in Canterbury ordered to arm themselves – whats going on?

Public concerned that it could be a sign of things to come?

Police update after police shooting in Christchurch – 33-year-old Christchurch man was shot twice in the lower body after a shootout with police on Tuesday evening.

A decision to arm all frontline officers in Canterbury after a street shoot-out has prompted concerns about a potential “blanket arming” of police.

While New Zealand prides itself on having an unarmed police force, one insider says frontline Kiwi officers have more access to high-powered weapons than Australian police.

Canterbury district commander Superintendent John Price made thearming directive on Tuesday night after police traded shots witha 33-year-old man who allegedly opened fire with a shotgun after a pursuit that evening.Officers shot the man twice and he remains in hospital. A second person is being sought also.

Sun in the hellebores, and a forget-me-not sky. Not a cloud in sight, only a passing aircraft unzipping the blue. And, for heaven’s sake,  it was warm enough to sit outside for morning coffee; nor did we need coats when we walked into town at lunch time. Along the verges the celandines were as wide as wide; birds twittering; butterflies flitting.  In the Cutlins field we found there had been a multiplication of highland cattle: parents and calf have joined the three teens. They were all quietly grazing and munching out in the sun. At the foot of the path by the priory ruins the air was drenched with mahonia scent, and around the town there was a dreamy sense of the world just waking up, tree buds swelling and crocus out on parade.

But then as the countryman poet John Clare warns, February can be a treacherous month. Out…

After more than a year on the run in northern Italy, New Zealand prisoner of war David Russell was recaptured and executed. His courage in the face of death earned him the first George Cross awarded to a member of New Zealand’s military.

Captured by German forces in July 1942 at Ruweisat Ridge in Egypt, Russell spent over a year in an Italian work camp before making his escape after Italy’s surrender in 1943. He joined a local partisan group and began moving around northern Italy.

Despite having chances to escape to safety, Russell chose to remain in Italy to find and assist other escaped Allied prisoners. After a series of narrow escapes, Fascist troops caught up with him in February 1945. Despite brutal interrogation, Russell refused to reveal the whereabouts of other escaped…

A Few Words to Celebrate a 75th Birthday…

I shall not be back this way again, so I will enjoy today:

Congratulations to all of us today and any other day that we celebrate the above: 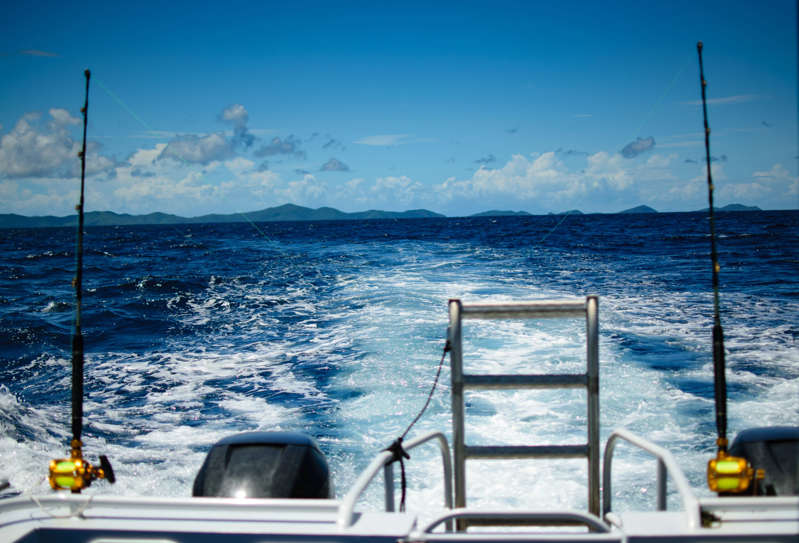 © Getty Image Photo for representation only.Greenpeace is praising a record fine imposed on a Napier fishing company which under-reported its catch of bluenose.Hawke’s Bay Seafoods, along with its directors Nino and Joe D’Esposito and general manager Marcus D’Esposito, were yesterday sentenced in the Wellington District Courtand fined more than $1 million for making false statements in returns to the Ministry for Primary Industries.

Greenpeace oceans campaigner Emily Hunter said the MPI investigation was costly, but installing cameras on fishing boats could change that.

“These investigations do take resources and funding… but this is all the more reason to get cameras on boats,” Ms Hunter said.

“If we were to have what was promised to us years ago installed on Kiwi vessels, we wouldn’t be having to do these kinds of large multi-year investigations.”

The D’Espositos will also have to pay $400,000 in redemption fees for the return of four fishing vessels earlier forfeited to the Crown.

Ms Hunter said that was not good enough and fishers’ vessels needed to be part of the penalty in these cases.

“When they get their boats back, there’s no permitting issues, there’s no compliance … It’s not going to be enough of a sign for these companies to stop their behaviour,” she said.

“The fine is definitely a good step in the right direction, but we also need to see their vessels, their tools out at sea also being part of the penalties here if we’re going to give that strong signal that regulations are being fully enforced.”

Ms Hunter said if that did not happen, fishing companies would continue to over-fish, which depletes the oceans.