His sister said:  “Some would argue, do you need a piece of paper to have the right to remain here after your lineage has been here for generations?

“Is it fair for him to be treated like an alien?”

by Alexandra Blucher and Mark Willacy,

PHOTO: Daniel Love was born in PNG but has lived in Australia since he was five. (Supplied)
RELATED STORY: Daniel is proud of his Aboriginal heritage. But the government wants to deport him

An Aboriginal man who was in immigration detention awaiting deportation to Papua New Guinea has been released by the Federal Government.

Daniel Love, who was born in Papua New Guinea to a PNG mother and Aboriginal father, was taken to Brisbane Immigration Transit Accommodation Centre last month after being released from prison.

The 39-year-old served 12 months for assault occasioning bodily harm and has an extensive criminal history.

The release from immigration detention comes after the ABC last week revealed Mr Love had been detained, and that his lawyers were taking his case to the High Court.

Maurice Blackburn principal lawyer Rod Hodgson, who acted for Mr Love, said he and his family were relieved.

PHOTO: Daniel Love with his family in Australia. (Supplied)

“This is the right decision and one that is welcomed by Daniel and his family,” Mr Hodgson said.

“As we have maintained throughout this case, Daniel should never have been placed into immigration detention — he is an Aboriginal Australian with a proud family history and it is a great relief that the department have now also taken the sensible step of releasing him from detention.

“We welcome this move, and continue to urge for clarity in these cases — it is essential that people who are clearly part of the Australian community are protected from application of the legal powers available to the department, in appropriate cases, to remove people from Australia.”

His lawyers said the Department for Home Affairs released Mr Love on Thursday, and wrote to them saying the decision had been revoked and he again had a permanent residency visa.

Do you know more about this story? Email investigations@abc.net.au.

Love had lived in Australia from age five

Mr Love was five years old when he settled in Australia with his family, but never obtained citizenship.

PHOTO: Daniel Love with his mother, who was from PNG. (Supplied)

He and his family have declined to comment on his release.

However, Mr Love’s sister Violet Love told the ABC last week he was very proud of his Aboriginal heritage.

“[He] probably has more of a sense of his identity being Indigenous, being a Murri man, than he has of his PNG heritage,” she said.

“Some would argue, do you need a piece of paper to have the right to remain here after your lineage has been here for generations?

“Is it fair for him to be treated like an alien?”

Lawyers for Mr Love had launched proceedings against the Commonwealth in the High Court.

They argued “as a member of the Aboriginal race of Australia and the child of an Australian citizen … [he] is not an alien”, and therefore it would be unlawful to deport him.

The Department of Home Affairs has been contacted for comment.

A woman awoke during the night to find that her husband was not in bed. She put on her robe and went downstairs. He was sitting at the kitchen table with a cup of coffee in front of him. He appeared to be in deep thought, just staring at the wall.   She saw him wipe a tear from his eye and take a sip of his coffee.

“What’s the matter dear? Why are you down here at this time of night?” she asked.

“Do you remember twenty years ago when we were dating and you were only 16?” he asked.

“Do you remember when your father caught us in the back seat of my car kissing?”

“Do you remember when he shoved that shotgun in my face and said, ‘Either you marry my daughter or spend twenty years in jail?”

He wiped another tear from his cheek and said, “You know…I would have gotten out today.”

Māori caucus tells National to back off

In a fiery urgent debate in Parliament, Labour ministers defended their Prime Minister and her handling of MP Meka Whaitiri, with one demanding: “When will it all stop?”

Labour’s Māori caucus used an urgent debate on the sacking as a minister of colleague Meka Whaitiri to warn the National Party to stay out of their business.

National’s Amy Adams accused Whaitiri of bullying and assault during the debate and questioned why the Māori caucus had been involved in their Prime Minister Jacinda Ardern’s consideration of Whaitiri’s fate before she sacked her from the ministry.

“She was lobbied by the Māori caucus, but even that, it seems … wasn’t enough to save her, which tells me the matter is…

Cafe/ Bookstore and a green space 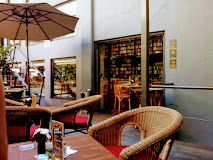 A particular cafe in the Zona Rosa district of Mexico City is not just for eating in but also a place to read and chill out. It is also  great location to  just read a good book  and enjoy some greenery. It is called the Cafebreria el Pendulo, and has two levels offering a plethora of plants as well as high shelves and piles of books.

Also available are CDs and DVDs for music and movie loving patrons. On the main floor, guests can dine at tables while the second floor contains couches for reading and snacking.

This cafe/ bookstore is named after a giant pendulum that hangs from the ceiling. Visitors can give it a push as they come and go.

STUFF
The All Blacks’ schedule for the 2018 Rugby Championship.

Fitzpatrick – now a television pundit with English broadcaster Sky Sports – named his own playing contemporary Zinzan Brooke at No 8 in his top XV since the Tri Nations (now Rugby Championship) began in 1996.

The retired hooker, who won 92 caps between 1986 and 1997, cannot be accused of hubris – he anointed Dane Coles in the No 2 jumper ahead of himself and Keven Mealamu.

But there was no room for Read – whom some regard as the All Blacks’ greatest No 8 – in a back row comprising Brooke at No 8, Michael Jones, whose best rugby was at openside, at blindside flanker and two-time World Cup winning captain Richie McCaw in the No…

THE LATEST NEWS IN EUROPE

PRAGUE (AP) — Prague’s fabled astronomical clock is returning to the Czech capital’s picturesque Old Town Square after a complex repair operation restored the medieval landmark to its former glory. The 608-year-old clock, a must-see for many tourists with its hourly moving display of the 12 apostles and other figures, was removed in January for its first major repair since World War II.

September 26, 2018With the clock set to resume operations on Friday at 6 p.m. (1600 GMT), here’s a look at its history and restoration: HISTORY The clock, believed installed in the City Hall’s tower in 1410, is unique because it still has its original mechanism.

A major addition came in the 18th century, when the apostles were introduced. Clock master Petr Skala said they were believed to be installed in 1723, during the reign of Holy Roman Emperor Charles VI.

The latest version of the round calendar board — which includes all 365 days of the year, the zodiac signs, the symbols of the 12 months and Prague’s coat of arms — was created by Czech artist Josef Manes in 1866.

As a center of the uprising against the Nazi occupying forces in the last days of WWII, Prague’s City Hall was a site of fierce battles. Parts of it were irreparably destroyed, and the clock tower was badly damaged during a devastating fire on May 8, 1945.

As the clock has undergone numerous changes since 1410, Skala said the point was not to give it its original, 15th-century look. He said his main task was to make sure the clock’s mechanism was as reliable as possible in the future.

As part of the process, his wife Melanie cleaned every single part of it, removing old paints and rust, washing them all in citric acid five times. Metal chains installed after the war were replaced by drums with hemp ropes in the clock’s drive, its former feature.

“Chances are it will be functioning for another 600 years,” Skala said.

Among the more visible changes are a new version of the clock’s 19th-century calendar board, and a new lick of paint for the elaborate astrolabe and the figures. Two tin windows were removed, replaced with new ones made of stained glass in place since the early 20th century.

L.Hainz, a company that has taken part in various repairs of the clock since the 1860s. was involved in the works, ensuring continuity.

The clock has given rise to some legends and superstitions — including a belief that the entire nation will suffer when it stops running. Another legend might be reason for concern for Skala: anyone who changes the clock or tampers with it will go mad, or die.

Some believed that the clock foretold the record flooding that hit Prague and large parts of the Czech Republic in 2002, when it briefly stopped working shortly before midnight on New Year’s Eve 2001. Officials, however, said it was due to a minor malfunction.

Anew online furniture and homewares retailer aiming to turn trash into modern treasures has raised £4.3m ahead of launching its first collection of products.

Pentatonic, founded by Jamie Hall, a former Levi’s UK head of marketing, and Johann Boedecker, a German-born marketer, has received the backing to further its aim of taking household waste products such as old mobile phones, DVDs and computers, and creating new furniture from them.

The company, which will launch its products at this month’s London Design Festival, has gained the new money from strategic investor Miniwiz, as well as a number of individuals.

Miniwiz is a Taiwanese upcycler led by Arthur Huang, an architect who has also invested in the funding round on a personal basis.

Other backers include Steven Chang, corporate…