In the story of a soldier who served in the U.S. Army from 1980 to 2005, Scott reveals the behind-the-scenes life of an enlisted soldier and a commissioned officer.

From surviving a terrorist attack in Colombia, encounters in the Amazon jungles of Ecuador, East Berlin and Desert Storm, and obtaining obtaining information leading to the capture of Saddam Hussein, this biography explores the reality of military life.

But above all, Stone In A Sling is a story of inspiration, leadership, adventure and unwavering courage.

“This book is a hidden gem. Don’t miss this personal story from a U.S. Army vet who served from 1980-2005. I’m not one to slog through books of military battles or history so I was a bit leery to begin “All I Could Be”. Once I started I could not put…

Slide 1 of 21: LONDON, ENGLAND – JUNE 02: Taxis wait on a rank in Westminster on June 2, 2014 in London, England. The controversial mobile application ‘Uber’, which allows users to hail private-hire cars from any location, is opposed by established taxi drivers and currently serves more than 100 cities in 37 countries. London’s black cabs are seeking a High Court ruling on the claim that the Uber software is breaking the law by using an app as a taxi meter to determine rates. (Photo by Oli Scarff/Getty Images) 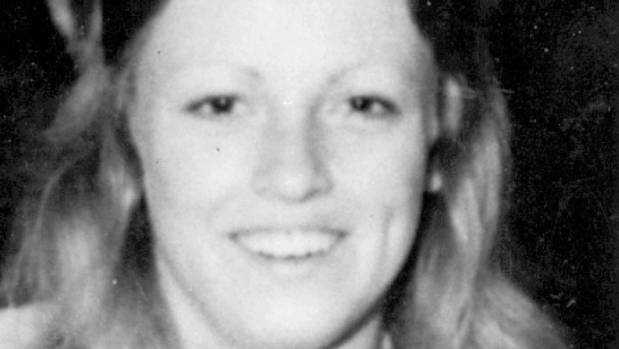 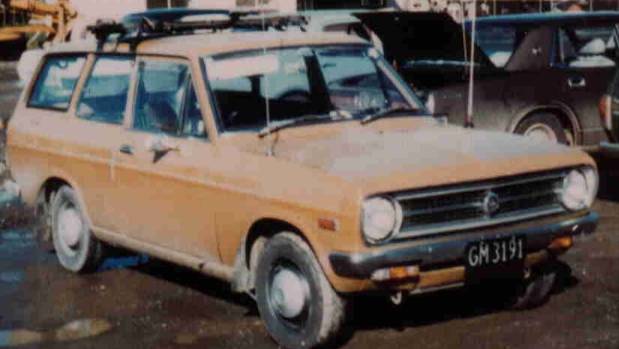 Eighteen year old Mona Blades went missing during Queens Birthday weekend in 1975. She was hitch-hiking from Hastings to Hamilton for her nephews birthday.

She has never been seen since. There was an alleged sighting of her by a truck driver of a woman fitting her description getting into an orange Datsun 120Y in Taupo allegedly on the Napier- Taupo road. No body or clothing has been found that could have been hers.

Her disappearance set off one of New Zealand’s biggest manhunts.. More than 500 suspects had owned or driven orange Datsun 120Y.

Photos of Mona blades circulated after her disappearance were not good reflections of her appearance at the time. Posed wedding photos showed different hairstyles she would have had at the time. No selfies those days.

Like rabbits, hares mate prodigiously. One female used to mate with every hare in the field on a rota basis. One day she would mate with all the gentle, considerate hares, and on the next she would have sex with the rough, rude hares. This system continued throughout the year, but sometimes the animals would forget whose turn it was on a particular day, and this could lead to hurt feelings.

One of the kind, sensitive male hares complained to a friend: “I don’t know where I stand with her. All morning I’ve been trying to catch her eye, but she just doesn’t want to know.”

We all know it, that dull ache of pointlessness, overwhelming sadness and a deep lack of interest in life. The fog of listless pain that blows in and then settles, trapping us inside it. Most of us have suffered at some point in our lives from depression. Be it a mild version following a major life event, or a more prolonged episode that can get so severe it entraps us in an ever compressing world of hopelessness to such an extent we consider ending our own lives.

Depression is one of the biggest issues in our world today. With record numbers of people suffering from the dark cloud, and soaring suicide rates, depression is a crippling disease reaching epidemic proportions.

Well-known author and journalist, Johann Hari, suffered from depression as a teen, taking anti-depressants from a tender age. Told, like so many others, his…

Michael Field reviews a new study of Niue’s role in World War I, when Sir Māui Pōmare despatched 150 Niueans to fight in a mysterious war.

Millions of dollars have been spent in adoration of New Zealand’s mythology which says sending 18,000 men to die in the Great War made us a really great nation. Gallipoli, according to the articles of faith, turned Australia and New Zealand into blood brothers, while at the same time seizing Berlin through…

The BBC has agreed to pay Sir Cliff Richard £850,000 towards his legal costs within 14 days, following his privacy case against the corporation.

A judge ruled the BBC infringed the singer’s privacy in its reporting of a police raid on his home in 2014, awarding him £210,000 in damages.

Sir Cliff was never arrested or charged as part of the investigation.

The BBC sought leave to appeal against the High Court ruling but the application was rejected.

The corporation has apologised to Sir Cliff for the distress caused, but wanted permission to appeal, arguing the court judgement could threaten press freedom.

The BBC will now decide whether or not to go directly to the Court of Appeal to seek permission to appeal.

A BBC spokesperson said: “This is a complex case and while we hadn’t decided on whether to pursue an appeal, we sought permission today in order to keep all options open.

“We reiterate that we are very sorry to Sir Cliff for the distress caused and have no desire to prolong this case unnecessarily, but the ruling has raised significant questions for press freedom and we are considering the best way to address these.”

The judge’s findings had included that Sir Cliff had a right to privacy while he was a suspect in the South Yorkshire Police investigation – trumping the broadcaster’s right to freedom of expression to publish his name and cover the raid.

Barrister Gavin Millar QC, leading the BBC legal team, told a hearing on Thursday it was “appropriate” for the corporation to pay legal fees incurred by Sir Cliff.

The £850,000 may not be the final total for his legal fees, but Sir Cliff is being given it now to pay his lawyers.

The singer’s lawyer, barrister Justin Rushbrooke QC, did not give an overall figure for how much the case had cost his client, but Sir Cliff told the trial he had spent more than £3m.

The BBC is also going to pay £315,000 to South Yorkshire Police for legal costs.