“Famine” the movie is scheduled for release later this year and is written and directed by Omer Sarikaya, along with Tipperary-born screenwriter Norina Mackey.

Ottoman Sultan Khaleefah Abdul-Majid I: New movie “Famine” portrays the story of how the Sultan of the Ottoman Empire sent aid to the suffering Irish.WIKICOMMONS

The little-known story of how Turkey was one of the only countries to come to the aid of Ireland during the Great Hunger will be the focus of a movie, “Famine.”

At a time when Ireland was enduring the terrible loss of a million dead and the mass exodus of a million more during the Great Hunger, the story goes that the Ottoman Sultan, Khaleefah Abdul-Majid I, declared his intention to send £10,000 to aid Ireland’s farmers. However, Queen Victoria intervened and requested that the Sultan send only £1,000 because she had sent only £2,000 herself.

So the Sultan sent only the £1,000, but he also secretly sent five ships full of food. The English courts attempted to block the ships, but the food arrived in Drogheda harbor and was left there by Ottoman sailors. That £10,000 that the Sultan pledged to the Irish would be worth approximately £800,000 ($1.7m) today.

The movie, still in post-production, is built around this charitable act from a Muslim country to a Christian nation, separated by 4,000 miles. At the time the Ottoman Empire was experiencing enormous internal difficulty, but the Sultan Khaleefah Abdul-Majid was determined to help the starving men and women of Ireland. A friendship between two different cultures was formed. In the movie, a Turkish sailor meets an Irish farm girl and she finds “herself torn by her emotions.”

“Famine” is scheduled for release later this year and is written and directed by Omer Sarikaya, along with Tipperary-born screenwriter Norina Mackey.

Sarikaya fell in love with this story, which was mentioned by Joyce in “Ulysses,” “Even the Grand Turk sent us his piastres. But the Sassenach tried to starve the nation at home while the land was full of crops that the British hyenas bought and sold in Rio de Janeiro.”

Sarikaya spent two years researching the story and was determined to bring it to the big screen. It was a true passion project for Sarikaya, who also announced that most of the profits from the movie will be donated to UNICEF.

“We are thrilled to have a very skilled character actor Dave Bresnahan play the role of Frank, a Catholic priest. He will perform a very significant supporting role that opens the film and then will help bring the story to a conclusion.” Sarikaya said. “His background as an Irish-American with relatives who currently live in Ireland brings added perspective to our international cast and crew.

There are presently an estimated 50 million Irish-Americans, many of whom come from families who came to America to escape the devastation of the famines in Ireland during the 1800s.”

Speaking about taking on the role Bresnahan said, “Many people today, including Irish-Americans, are not fully aware of the devastating loss of life that took place because of the Famine in Ireland. I am deeply honored to be a part of this film project that will bring the reality of the Famine to the screen so that modern generations will know what their ancestors had to endure.”

Filming for “Famine” took place in Ireland, England, and in Turkey in the summer of 2015.

* Originally published in January 2015, updated since.

Located in Māngere, South Auckland, Ihumātao is Auckland’s oldest settlement and one of New Zealand’s most important historic archaeological sites. This site, northwest of Auckland airport, has been part of a long struggle to save Māori land. Ihumātao is the largest remaining intact gardening site found in New Zealand. “Ihumātao is the beginning of Auckland”, explains archeologist Dave Veart in a Radio New Zealand interview, “with the descendants of the first residents of Tāmaki Makaurau living a kilometre down the road. Compared to other archaeological sites it shows how people lived in a way that’s remarkably easy to understand.”

The land also has significance as an unsettled land dispute. Save Our Unique Landscape (SOUL), the campaign group involving mana whenua and other community groups, attest that Ihumātao is land that was confiscated by the State in 1863, as punishment… 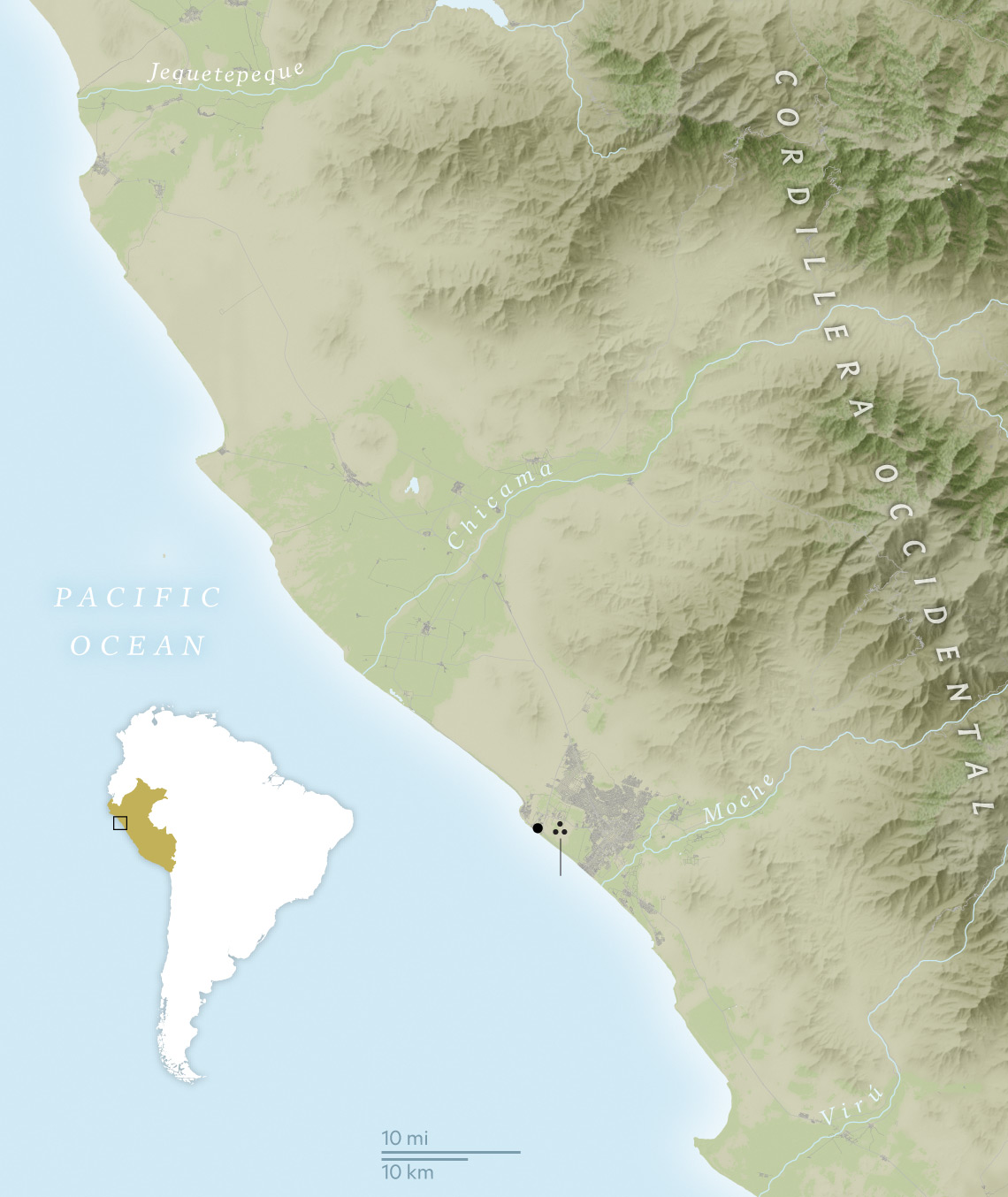 More than 140 children were ritually killed in a single event in Peru more than 500 years ago. What could possibly have been the reason?

Evidence for the largest single incident of mass child sacrifice in the Americas— and likely in world history—has been discovered on Peru’s northern coast, archaeologists tell National Geographic.

More than 140 children and 200 young llamas appear to have been ritually sacrificed in an event that took place some 550 years ago on a wind-swept bluff overlooking the Pacific Ocean, in the shadow of what was then the sprawling capital of the Chimú Empire.

Scientific investigations by the international, interdisciplinary team, led by Gabriel Prieto of the Universidad Nacional de Trujillo and John Veranoof Tulane University, are ongoing. The work is supported by grants from the National Geographic Society.

While incidents of human sacrifice among the Aztec, Maya, and Inca have been recorded in colonial-era Spanish chronicles and documented in modern scientific excavations, the discovery of a large-scale child sacrifice event in the little-known pre-Columbian Chimú civilization is unprecedented in the Americas—if not in the entire world.

“I, for one, never expected it,” says Verano, a physical anthropologist who has worked in the region for more than three decades. “And I don’t think anyone else would have, either.”

The researchers are in the process of submitting a report on scientific results of the discovery to a peer-reviewed, scientific journal.

The lovable father from the 1980’s Cosby Show found guilty of sexual molestation of a one-time friend. Who needs enemies? 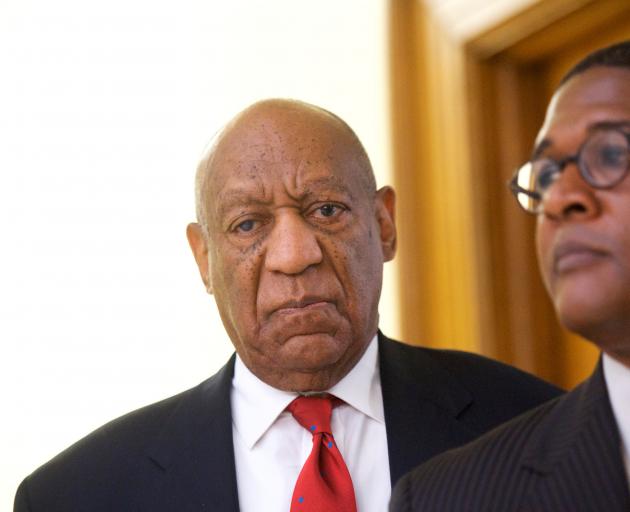 Bill Cosby after the verdict at the Montgomery County Courthouse. Photo: Reuters

Comedian Bill Cosby has  been convicted of drugging and molesting a onetime friend in 2004, marking the first such conviction of a celebrity since the #MeToo movement that has brought down rich and powerful men for their treatment of women.

Cosby best known as the lovable father from the 1980s TV hit The Cosby Show, faces up to 10 years in prison for each of three counts of aggravated indecent assault against Andrea Constand (45) following a three-week trial at the Montgomery County courthouse in Norristown, Pennsylvania.

The 80-year-old looked down with a sad expression when the Pennsylvania jury’s verdict was read. Lily Bernard, one of his many accusers, began sobbing. Constand sat stone-faced.

Judge Steven O’Neill ruled that Cosby could remain out of jail on $US1 million ($NZ1.4 million) bail pending sentencing at a later date, and he left the courthouse.

District Attorney Kevin Steele had asked the judge to have Cosby taken into custody immediately, saying he was a flight risk in part because he owned a plane.

“He doesn’t have a plane, you asshole!” Cosby responded, breaking the decorum he had shown throughout the trial

Outside the courtroom, two other Cosby accusers were seen hugging, crying and clapping.

“It’s a victory not just for the 62 of us who have come forward but for all survivors of sexual assault, female and male,” Bernard told reporters, using a high estimate of the number of Cosby’s accusers. “I feel like my faith in humanity is restored.”

The unanimous decision by the seven-man, five-woman jury came less than a year after a different jury deadlocked last June in his first trial on the same charges, prompting the Judge Steven O’Neill to declare a mistrial. Prosecutors decided to retry him.

Soon after the first trial, a series of women leveled sexual assault and harassment accusations against men in media, entertainment and politics, giving rise to the #MeToo and #TimesUp movements that encouraged women go public with personal stories of abuse, in some cases after years of silence.

The conviction marks the downfall of a man once celebrated as “America’s Dad” but whose reputation was ruined after some 50 women accused him of similar offenses going back decades.

We recently posted an article on the accidental release of documents relating to remote mind control. Here we have a discussion on the topic from the Trunews channel.

“Today we dissect the government’s newly released mind control documents and how the capabilities described in the report draws striking parallels to the epidemic of mass shootings and the CIA’s MK Ultra program.”

WATCH / LISTEN AT THE LINK:

*This interview was originally conducted in late 2016. It suffered severe technical errors and problems. An attempt has been made to edit out the worst technical failures and salvage the best of this valuable interview. We ask listeners to be understanding in this respect, that errors can sometimes occur.
F. William Engdahl discusses his new book “The Lost Hegemon: Whom the Gods Would Destroy” where he explains how Western intelligence has manipulated and weaponized radical Islam since World War 2 with the Muslim Brotherhood, since the Cold War with Al-Qaeda and during the Global War On Terror with ISIS. He also gives his analysis of the decline of American hegemony and what the future holds for the U.S.A. and the rest of the world. About the Guest F. William Engdahl is an award-winning geopolitical analyst, strategic risk consultant, author, professor and lecturer…

George Bush was a member … key players in the NWO / one world govt / global governance/ global government / UN Agenda 2030 / sustainable development (did I miss any?) scam.

1. The Secret Origins of Skull & Bones

The story begins at Yale, where three threads of American social history — espionage, drug smuggling and secret societies — intertwine into one.

Elihu Yale was born near Boston, educated in London, and served with the British East India Company, eventually becoming governor of Fort Saint George, Madras, in 1687. He amassed a great fortune from trade and returned to England in 1699. Yale became known as quite a philanthropist; upon receiving a request from the Collegiate School in Connecticut, he sent a donation and a gift of books. After subsequent bequests, Cotton Mather suggested the school be named Yale College, in 1718.

The defeat of the 1890 Maritime Strike, a general strike of transport-related unions, smashed up the first wave of union militancy in these islands. Union membership was knocked back from 63 000 to just 8 000, and the Industrial Conciliation and Arbitration Act 1894 was passed.

The arbitration system ended strikes completely. It applied to unions that registered under the Act, and most did, despite the loss of independence to be able to take legal industrial action or even determine their own rules. The unions, which were mostly local craft unions, accepted, even welcomed, the Arbitration Court handing down awards because they were too weak to take the employers on.