Knight falls on sword – what now for EQC?

Megan Woods’ pursuit of progress on outstanding Earthquake Commission claims related to the Canterbury quakes now has a high-profile casualty. But was it necessary? David Williams reports.

Just over a year ago, Sir Maarten Wevers and Megan Woods clashed at Parliament.

Woods, then an opposition Labour MP, was part of the Parliament’s Finance and Expenditure Committee reviewing the Earthquake Commission’s (EQC) performance.

Following the 2016 Kaikoura earthquakes, EQC’s coffers were bare and its claims liabilities were put at $2.3 billion. A new arrangement meant private insurers would handle claims on behalf of EQC. A restructure meant 380 staff had left two months earlier. A day before the parliamentary hearing, the board announced Sid Miller, from ACC, would take over as chief executive after the departure of long-time boss Ian Simpson.

In short, there were big, meaty issues in front of the committee.

Woods was the first member to ask questions of EQC board chairman Wevers and the commission’s management. She focused on an embarrassing IT security breach.

“Can you please go through and tell us exactly what was the consequence of that Ransomware attack?” she asked Wevers. “What data was released and breached? And what personal details were possibly leaked as a result of that breach?”

Wevers said he didn’t have details but was happy to provide a written response. Acting CEO Bryan Dunne said as far as he was aware no personal details were released in the Ransomware attack – and that a written response would be forthcoming.

“That would be great,” Woods said. “I do require that.”

She then asked about privacy incidents, saying: “At a time where the commission’s constantly telling us that the number of claims is scaling down, it seems odd that you’re having a record number of privacy issues.”

Given those testy exchanges, the post-election relationship between Woods, the EQC minister, and Wevers, the board chair, was always going to be interesting.

Wevers, head of the EQC board for five-and-a-half years, is a high-powered bureaucrat, having been ambassador to Japan, high commissioner to Papua New Guinea, and the chief executive of the Department of Prime Minister and Cabinet (DPMC) from 2004 until 2012.

Woods portrayed herself publicly during the election campaign as a woman of action, who wanted to bang on tables and get things done.

A showdown loomed – and it didn’t take long to play out publicly.

Knight falls on his sword and rightly so:

Woods called a press conference yesterday to explain why Wevers, the knight, fell on his sword.

(EQC’s deputy chair Mary-Jane Daly is the interim chair until a permanent appointment is made.)

Perhaps he should have done a better job for the city and the region? 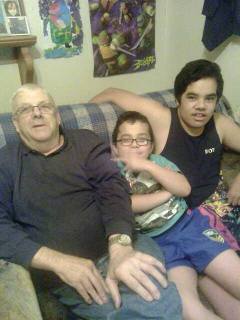 Peter and his two younger grandsons Karewa and Tangaroa in Christchurch a few years ago.

Heading down to Christchurch in the morning for my birthday on Tuesday, to be with my eldest daughter and my two younger grandsons. Today is my second eldest grandson Kellie’s birthday, 25th Feb. And tomorrow 26 th Feb is the memorial of my eldest brother Valdar’s birthday. He died at Burnham Military Camp, outside Christchurch, in 1970. Val served for two years with the NZ Army’s military police in Malaysia, then a year in Vietnam. He was just 33 years old when he died of a massive heart attack. Agent Orange and Vietnam are sadly words that unfortunately go together.

I don’t expect to be online much dure the next few days. Will answer any comments when I return. 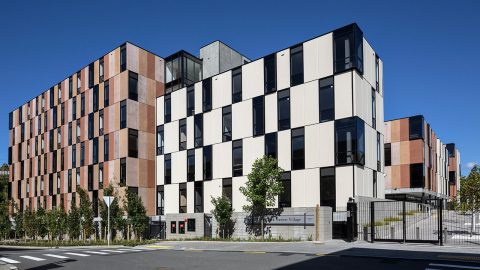 Student accommodation: expensive, and hard to come by

As the academic year starts for tens of thousands of university students, the frenzy of looking for accommodation begins again.

This time however, it’s worse than any year before. There is a shortage of rentals. Trade Me reported a drop in availability of 70% in December 2017. Landlords are milking this woeful supply situation by increasing rent. In the past few months, rents have gone up in Wellington by an average of around $30 per week. And there’s predictions that rent will rise further once the academic year starts.

It’s hard for everyone. Spare a thought for solo mothers looking for places with their children, and Māori and Pasifika students facing landlords’ racism and discrimination as they search for flats.

Since January 2018, Finance Minister Grant Robertson has had a flood of complaints from students complaining about their landlord…

I’m sure as the schooner ‘Ballet’ sailed down the east coast of the Middle (South) Island, William Deans leaned against the deck railing and watched the passing coastline with great interest. He was aboard Captain Edward Daniell’s schooner as an approved stow-away and he held great hopes for what he might find down on the Port Cooper (Canterbury) Plains.

Or so the historians have guessed.

No one can really say for sure how William Deans made his way down south from Port Nicholson (Wellington) in August 1841 but this theory seems most likely. Port Nicholson had proved to be a great disappointment and held no future for this aspiring Scottish landowner/farmer.

Captain Daniell made no mention of William Deans in his report – dated 2nd October 1841 – to New Zealand Company owner Edward Gibbon Wakefield, but why would he? If William did come down with the ‘Ballet’, it had nothing to do with Captain Daniell’s business but came to make his own conclusion about the plains and assure a future for his own dreams…and he liked what he saw.

We know the William fitted in another trip down before the big move in February 1843, voyaging down from Port Nicholson aboard the ‘Richmond’ with the Hays, Sinclairs, Gebbies and the Mansons families. Before all that though, William managed to meet a man who would change the course of the Deans’ lives forever. His name was Jimmy Robinson Clough.

Jimmy had been living at Akaroa since the early 1830’s. He had been an English Whaler who fell in love with a local Maori woman so he jumped ship and married her. By the time he came to meet William Deans in 1841, he knew the region more than just ‘quite well’. In fact, Jimmy is regarded as the first European to ever travel down the Avon. When William shared his dreams with Jimmy, Jimmy stated that he knew just the piece of land. He would take him there so William could see it for himself. The area of land was named Putaringamotu, meaning ‘the place of an echo’.

And so it came to pass that William Deans, Jimmy Robinson Clough and George Duppa travelled around the Bays of Ohikaparuparu (Sumner) in a Whaler’s boat and crossed the (Sumner) bar into the Waipātiki – the low waters that we know as the Avon Heathcote Estuary. They sailed north-west through the Estuary and travelled up the Ōtākaro (Avon River) as far as they could before it became too boggy. Then they transferred into a canoe and continued up at Ōtākaro – sometimes using the surrounding flax and toi toi to pull their canoe along – to where the Christchurch Public Hospital is now. There William climbed up on the shoulders of his companions and saw Putaringamotu; amazed at the 50 acres of giantantic Woodlands (Deans Bush which is only 13 acres today) that stood high over the vast plains. He was reported as saying “This will do. I will make this my home.”

And this is how we came to have the suburb of Riccarton today. It was Christmas Day 1848 with the Canterbury Association surveyors at their table that the Deans renamed their farm from Putaringamotu to Riccarton and requested renaming the Ōtākaro to the Avon River.

So by the time the surveyors arrived from 1848 onwards, with the Deans being the only settlers on the Plains, it makes sense that the entry to the estuary became known on the early maps as Deans Entrance or Deans Head. The Avon and the Heathcote Rivers were the main transport system across the plains in those days. Of course the Deans did everything they could to assist the surveyors so maybe, the naming of this important place was an honorary thing too. This term did not last.

The Avon Heathcote Estuary is the largest semi enclosed estuary in Canterbury. It is 8km squared and a maximum, 1.4 metres deep in places. At its lowest, only 15% of its water covers the mudflats.
An Estuary is where fresh and salt water mix and a sand or gravel bar protect the low waters from strong sea currents and waves. The Heathcote River flows in from the south-west and the Avon from the north-west. The Avon Heathcote Estuary is internationally recognised as an important coastal wetland for migratory birds.

This painting was made by Frank Nicoll and is of Sumner during the 1950’s.

Note with the photo of Deans Head, the Avon River in the northern edge of the estuary. Here, this beautiful river that begins as a humble creek in Avonhead – Head of the Avon – ends its journey.

A 5000 year old Vimana, an aerial vehicle from ancient India was discovered in a cave in Afghanistan, stuck in a “Time Well” that has caused the disappearance of at least 8 American Soldiers trying the extract it from the cave. The discovery caused a flurry of high level visits to the area by some powerful leaders of the western world.
A peculiar report prepared for Prime Minister Putin by Russia’s Foreign Intelligence Service (SVR) circulating in the Kremlin today states that German Chancellor Angela Merkel has become the latest in a growing line of Western leaders to make a ‘surprise’ visit to Afghanistan this month and follows visits by United States President Obama (December 3rd), British Prime Minister David Cameron (December 7th) and French President Nicolas Sarkozy (December 8th).
Only Sarkozy’s trip, this report says, was concealed as he was already in India on a state visit when ‘rushed’ by a US Military aircraft to the Afghan war zone.
What caused the sudden rush of these most powerful leaders of the Western World to go to Afghanistan, this report continues, was to directly view the discovery by US Military scientists of what is described as a “Vimāna” entrapped in a “Time Well” that has already caused the “disappearance” of at least 8 American Soldiers trying to remove it from the cave it has been hidden in for the past estimated 5,000 years.
More http://www.eutimes.net/2010/12/world-leaders-flock-to-afghanistan-after-mysterious-time-well-discovered/

Cardigan Petterson was born in 1873, at birth place, to Jonas Petter Pettersson and Juliana Gustafa Pettersson.
Jonas was born on August 1 1832, in Karlstorp,Jonkoping,Sweden.
Juliana was born on June 7 1829, in Lojsta,Gotland,Sweden.
Cardigan had 2 siblings: John Peter Petterson and elder sister, Maria.
Cardigan married Isabel Petterson.
Isabel was born in 1877, in Of, Cant,NZ.
They had 3 children: Ira John and 2 other children.
Cardigan passed away on month day 1965, at age 92. 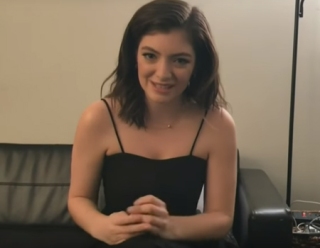 Kiwi singer Lorde wins another music award
Lorde has just won another major accolade, this time picking up a Brit Award.
The Kiwi pop star beat out major stars Taylor Swift, Pink, Alicia Keys and Bjork to take the prize for best international female solo artist.
Unfortunately, she wasn’t there to collect her award and sent her apologies via a pre-shot video, explaining that she couldn’t make it as she was busy rehearsing for her Melodrama tour.
She made a short but sweet speech in which she thanked her team, blew kisses and thanked her fans for “showing up to the shows” and supporting her. 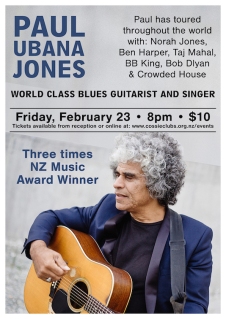